Of Presidents and Ferris Wheels

I recently took a road trip to the east coast with my girlfriend, M. With one short week to complete our sojourn, we didn’t have time for typical American sightseeing such as Mt. Rushmore or the Grand Tetons. Instead, we looked for the bizarre spots along Route 80 for our own mini adventures.
Our first foray into the strange was at Scheels Sporting Goods in Sparks, Nevada. The massive, cross-shaped building loomed before us like an opulent cathedral to the holy sportsman. An aircraft is seen suspended inside above the second floor as if caught in mid-plummet. Bronze icons of the patron saints of Fishing, Hunting, and eXtreme Sports stand guard at the front entrance. This is not your typical sporting goods store. 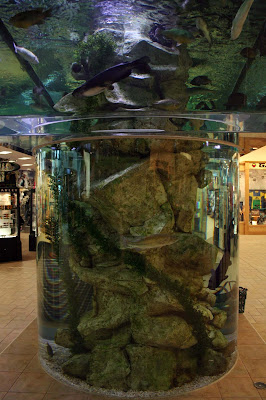 The final threshold to the sanctum sanctorum of sporting is an aquarium archway. Scheels has a pair of huge, matching fish tanks on either side of the store (one filled with salt water and one with fresh water). The tanks run across the ceiling and come down to the ground in pillars, forming two glass archways. Catfish lazily drift over one’s head just behind the cash registers.
I had done my homework on this place ahead of time. The fudge shop and the full-sized Ferris wheel would have been reason enough to pay the place a visit. However, we were here for the highlight of the store: the animatronic presidents of the United States of America. 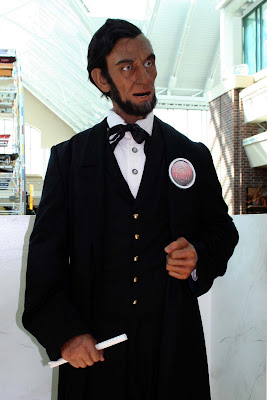 Abraham Lincoln greeted us at the top of the flight of stairs. Sunlight shone brightly behind the animated Mr. Lincoln as he repeated his well-practiced Gettysburg Address. His dead, glass eyes focused on the fine selection of firearms for sale behind his audience of two. From the top floor of the store, we stared deeply into the depths of the Uncanny Valley. 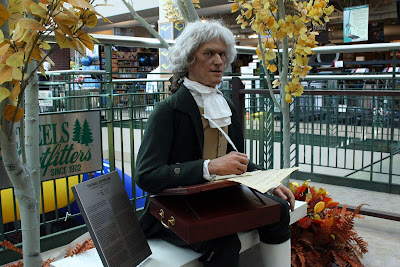 Thomas Jefferson continually writes the Declaration of Independence from a park bench on the other end of the store. His famous, red hair is strangely replaced by a tousled mop of grey. He chats with visitors as he works on a stylish, portable writing desk between plastic trees in eternal autumn colors. 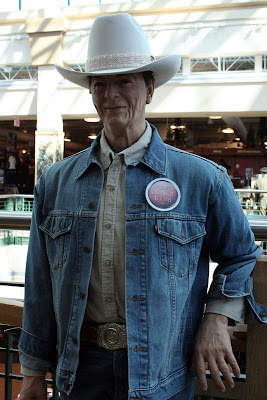 None of our other leaders are as lively as Lincoln and Jefferson. The other inhabitants of this “Hall of Presidents” are not animated. Each one proudly wears his “Please DO NOT Touch” button like a political party pin. James Madison watches over leotard shoppers and John Adams looks longingly at archery equipment. Ronald Reagan just looks happy to be here. 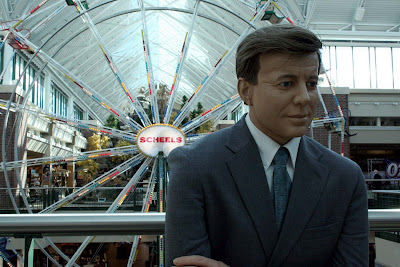 The central piece of the store is the Ferris wheel, one that any carnival would be proud of. It lifts high above the second floor, offering paying customers an excellent view of any bald spots that our presidents may try to conceal. Is this normal for sporting goods stores outside of California? Do most folks expect to find circus rides while shopping for running shoes? 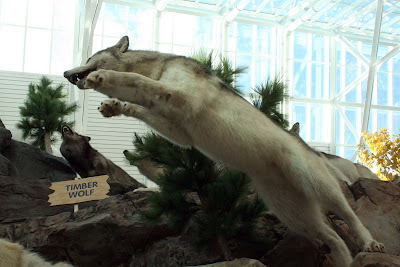 Rounding out the second floor is a site that I refer to as the “Mountain of Taxidermy.” An artificial, rocky hill has been erected to showcase a large collection of stuffed animals. Predators hunt prey across the hilltop; a marmot is frozen in time while evading a grizzly bear. One half expects a beast to step off the macabre mountain to run rampant through the golf department. 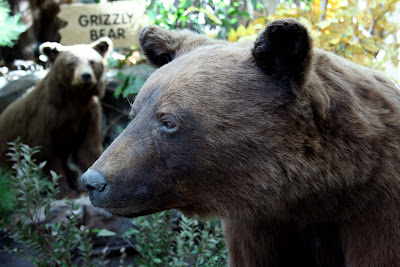 Somewhat stunned, we left the most unusual sporting goods store we had ever visited. Only after we left the parking lot did we realize that we forgot to visit the fudge shop!
Scheels is located at 1200 Scheels Drive. Exit I-80 at Sparks Blvd and head north.
Posted by Tony at 1:48 AM 3 comments: